We added one to our group this day.  Samer’s 4-year-old nephew, Maroun decided to travel with us for the day.   He was a great sport about everything. We picked up our guide, Rana Tanissa with Lebanon Untravelled and made out way south.  Rana leads tours with USAID in Lebanon.  Maroun suggested we stop at a ka’ak bakery for breakfast and we all thought it was a great idea.

Ka’ak is a ringed bread stuffed with things like cheese and or za’atar covered in sesame seeds.  They were very good and we totally made a mess of the car.  There were sesame seeds all over the place.

Our first stop was the Sidon Sea Castle. The castle was built in the 13th century by the invading crusaders. I think it is particularly interesting because it is built on a small island off the coast. A causeway was added when the Mamluks defeated the Europeans and took the city.  There is a lot of speculation on what the island was used for before the castle.   Some hypothesize that it could have been a palace for a Phoenician king. 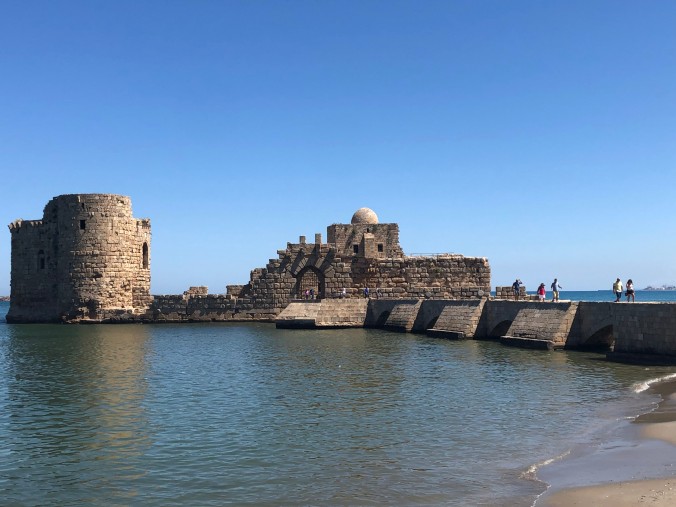 We did not visit anything else in Sidon and traveled to Tyre (also called Sour). I’ve wanted to see Tyre for more than 15 years. When I was in school I read about Alexander’s siege of Tyre and was flabbergasted. Basically, back then there were 2 cities. There was island Tyre and mainland Tyre. The people of Tyre used boats to go back and forth. Well, he decimated mainland Tyre, used the rubble to build a kilometer-long causeway to get to the island. There was a land bridge in the shallow water that connected the island to the mainland and he just built it out to reach the of island Tyre. When Alexander arrived at the impenetrable city he killed everyone who could not bribe there way out of it. (History note, those who did buy their way out went to create a new city called Carthage.) Now, there is not an island.  The causeway filled in over the years, and Tyre is a city on a peninsula.

The first place we visited was the Al-Bass Tyre necropolis and the Roman Hippodrome, another UNESCO World Heritage site. This site was affected in the 2006 war between Lebanon and Israel (ps. 118). The second ruins we visited were the Al-Mina archaeological site. There are Roman baths and mosaic floors in this area. 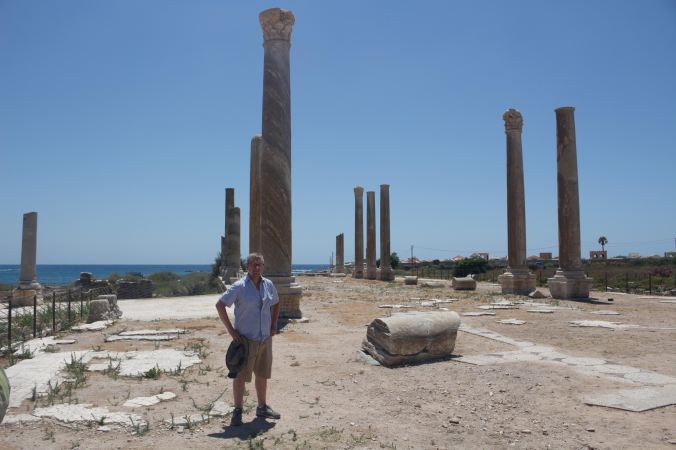 After feeling like we accomplished the history goals we headed to the beach. We went to a place called Cloud 59. Here we could get a table, order lunch, and enjoy the beach. It was really fun. I was probably the whitest and fattest person on the beach, so I drew the gaze of many a chiseled and tanned Lebanese. I recommend this beach to everyone. It’s a cool vibe, the sand is great, and the food is pretty good. Maroun really enjoyed swimming with all of us and we had a lot of fun with him.

On the way home, we got some coffee to go (called hand-me) and retired to Broumanna for the night.   We ate some food at Chafica’s house and all got to bed early.